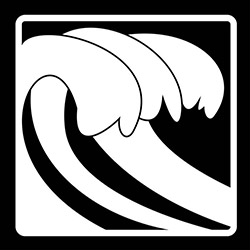 When the Flood Calls

Are you ready for the wave as the Security Project hits the road this May for a series of shows? In anticipation of the upcoming tour, the band has released a new single for Peter Gabriel‘s “Here Comes the Flood“.

If you’ve ever imagined what Kate Bush would sound like singing this song this version will surely satisfy that question. Singer Happy Rhodes hits Kate’s register before shifting octaves for the song’s finale.

This refreshing take on a classic Gabriel track is available now from Bandcamp.

“Expect the Unexpected” from the Security Project as they bring the timeless masterpieces of Peter Gabriel plus Genesis and Kate Bush into the 21st Century.

Featuring Jerry Marotta, the drummer from Gabriel’s classic line-up (1977-1986), plus Trey Gunn from King Crimson, on a 10-string touch guitar. The recent addition of Happy Rhodes, with her 4-octave vocal range, fulfills the band’s promise of re-envisioning the music of Peter Gabriel. Rounding out the band from Shriekback and Sky Cries Mary is Michael Cozzi on guitar and co-founder of Gig Performer and computer scientist David Jamesonon keyboards and Eigenharp.

Leave your expectations at the door and be prepared to hear Peter Gabriel’s genre-less music like you’ve never heard it performed before.